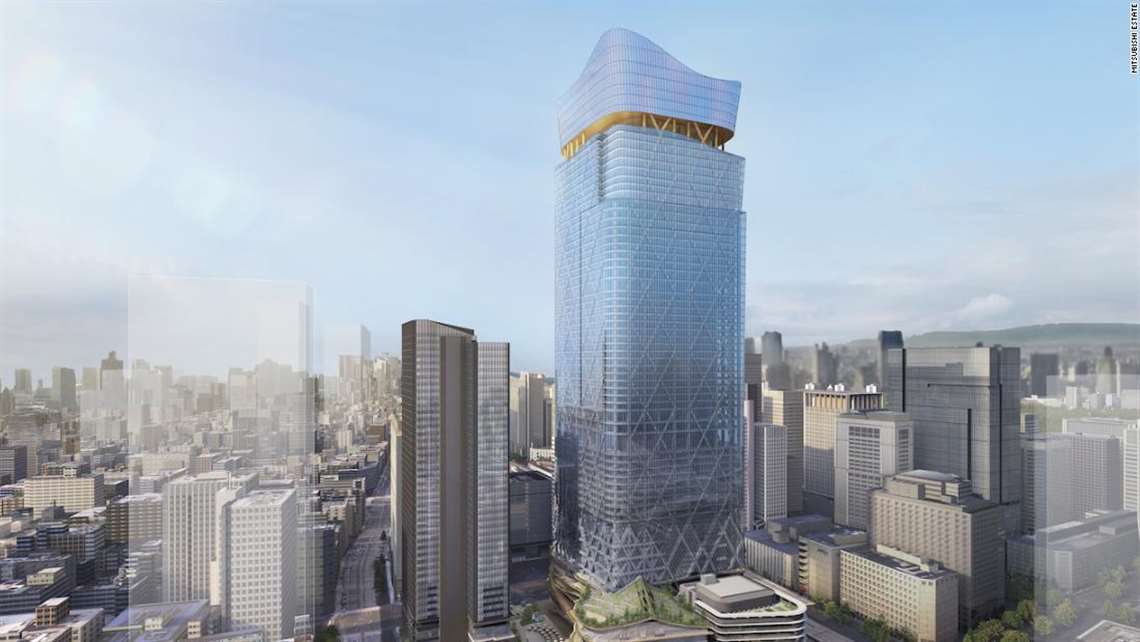 When completed the tower will be the tallest in Japan. Image courtesy of Mitsubishi Jisho Sekkei

Sou Fujimoto Architects has unveiled its design for the top part of the tallest skyscraper in Japan, known as ‘Torch Tower.’

The building – officially called Marunouchi Reconstruction NEXT stage – is set to be 1,280 feet tall, 63 floors high and is scheduled for completion in 2027. Sou Fujimoto Architects are working with Mitsubishi Estate Company and Mitsubishi Jisho Sekkei on the project.

The lower part of the building will be directly connected to Tokyo Station, while the upper part has a plaza at 984 feet with the crown of the tower encompassing an office, hotel, and an observation facility.

The project is reported to be aligned with the vision to “brighten and energize Japan.”