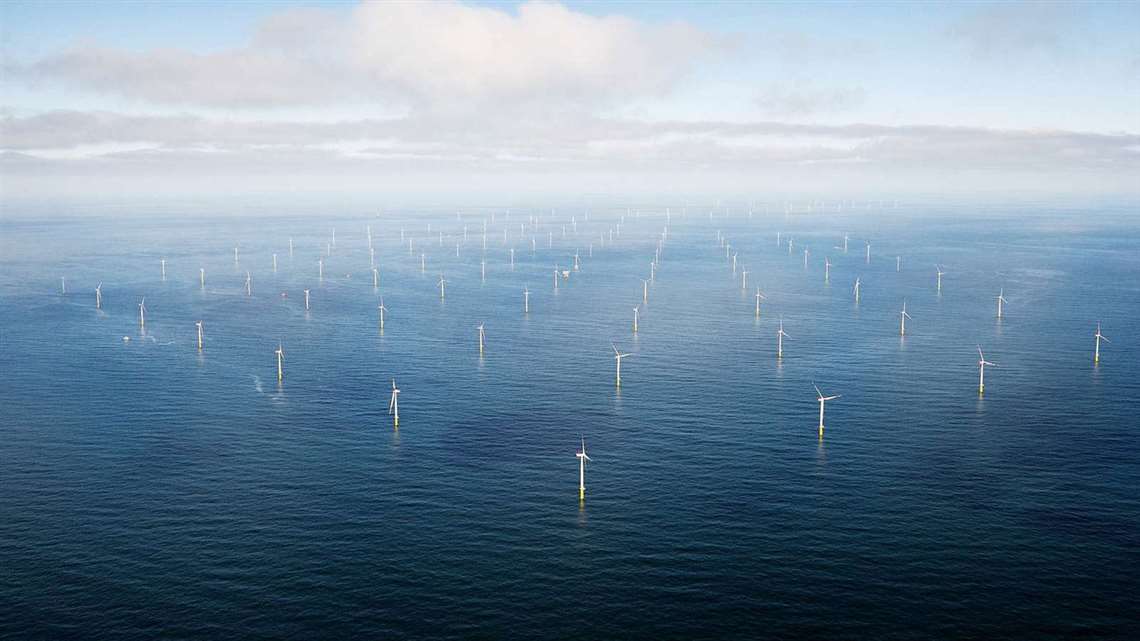 Danish energy group Ørsted has been given permission by the UK government to develop a third offshore wind farm as part of the Hornsea project, off the east coast of England.

It will now undertake preparations to construct Hornsea Three, a huge 2.4GW farm, to be located 120km north east of the Norfolk coast.

Currently, the world’s largest operational offshore wind farm is Hornsea One, with a capacity of 1.2GW, while the under-construction Hornsea Two project – expected to be commissioned in 2022 – will have a capacity of 1.4GW.

The proposal for the new offshore wind farm – set to be the largest of its type in the world – includes 300 wind turbine generators, each with a rotor diameter of up to 265m and an overall height of 325m.

Along with up to 12 offshore transformer substations, Hornsea Three could have six subsea and four surface offshore high voltage booster stations, as well as three offshore accommodations platforms.

During construction, an anticipated 1.2 million m3 will be removed from the sea bed for cable installation, with cables typically being buried between 1m and 2m below the seabed.

The turbine array is expected to stand on an area of almost 700km2.

When completed, the wind farm will fulfil the power needs of more than 200 million homes in the UK.