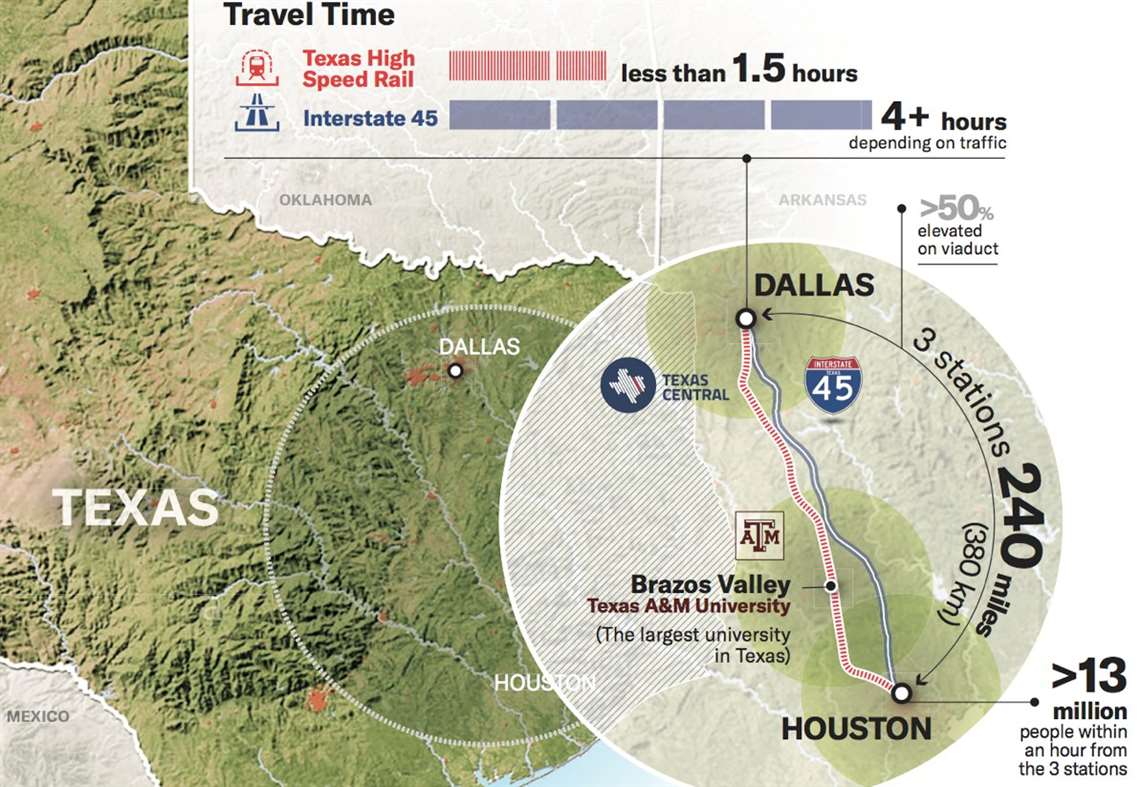 Kiewit has been awarded a $1.6-billion contract to handle core electrical systems on the Texas Central Railroad in the U.S.

The line between Houston and Dallas will introduce Japanese bullet train technology to the U.S. and cut the journey time between the two cities from four hours to 90 minutes.

The contract with Kiewit and affiliate Mass Electric Construction includes the installation of core electrical systems including critical safety and systems elements like traction power, signalling and communications equipment to enable the trains to operate safely and ensure the tracks and operators communicate properly.

The high-speed rail line – being built by Italy-based Webuild – will replicate the Japanese Tokaido Shinkansen high-speed rail system, as operated by the Central Japan Railway Company. The $20-billion project is currently projected to be operational in 2026.