Walsh leads Dearborn as a natural in the cranes business

When interviewing industry professionals, it’s enlightening to ask them what they wanted to be when they grew up. Answers range from astronaut to teacher to chocolatier, and the occasional joke about stumbling into the crane and rigging industry by complete accident. But Michael Walsh said for that as long as he could remember, he wanted to work in construction, and he wanted to work alongside his father. His grandfather – who happily worked three jobs until the age of 70 – encouraged him to retire to something, not from something. 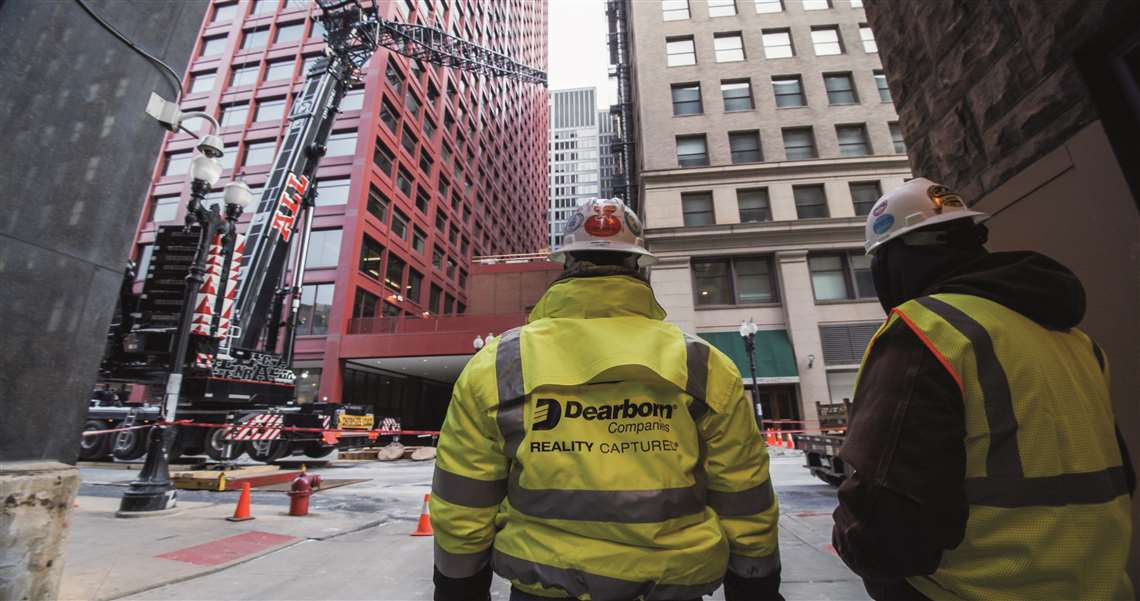 Born out of that same family work ethic, Dearborn Companies started out at the kitchen table and a $200 investment. It has evolved into an iconic company that has redefined engineering and changed the way we think about ground stabilization.

Dearborn Companies’ specific introduction to the intersection of ground conditions and heavy lift came about in 2007, when a 500-ton all-terrain crane punched through an alley into a vaulted basement in the Chicago Loop. The project’s general contractor, an existing client of Dearborn, retained the company to perform a GPR survey of the alley and to engineer the layout of another crane to complete the work. Dearborn’s team soon found themselves performing these same services for the general contractor on its critical lifts around the country. In essence, a new industry was born, Walsh said. 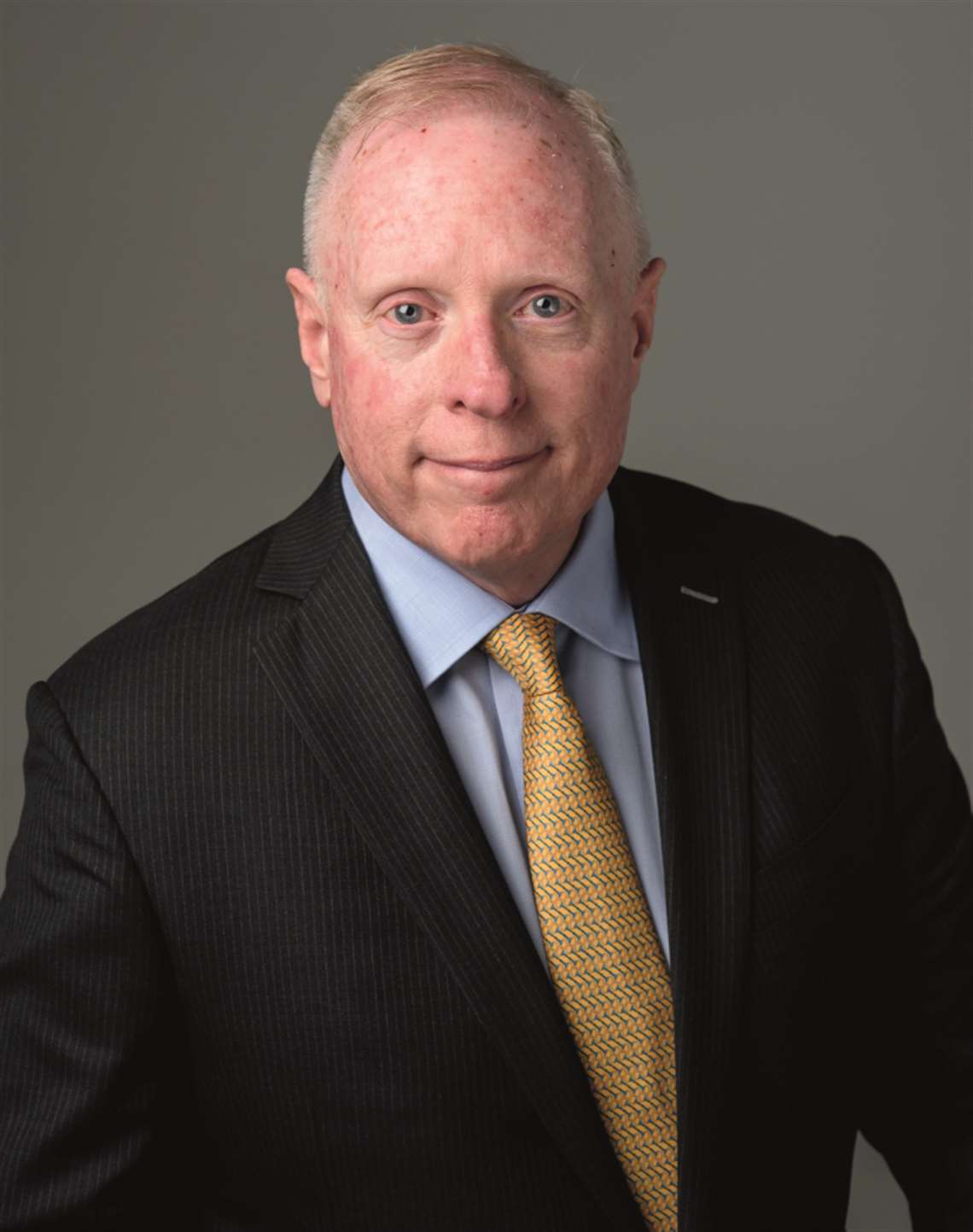 “I was pretty much born into the industry and Dearborn itself,” Walsh said. “My dad was a WWII Seabee and served in the South Pacific. While deployed, he was selected for the naval officer V-12 training program. He rotated home and started on a degree in electrical engineering at IIT here in Chicago. The war ended before he was commissioned, but he finished his degree. In 1954, he founded the forerunner company to our present organization, engaging at that time in self-perform electrical construction and engineering.”

The younger Walsh started working for the company in the summer when he was 12 years old, cleaning out gang boxes and sorting tools and material. By the time he was 14 he was in the field with the electricians and other trades, functioning as an extra set of hands. By the time he finished high school, he was working as an assistant project manager on a huge chemical plant on which Dearborn was performing turnkey electrical work. He put himself through college at the University of Colorado, earning a civil engineering/construction management degree.

“I had the opportunity to start on a permit basis with the Pipefitters (LU 597), working in refineries, chemical plants and three different nuclear generating stations which were under construction at that time,” he said. “At ComEd’s Braidwood Station I was placed in a composite crew of fitters, boilermakers, millwrights and iron workers to make the lifts and set the Unit 1 steam generators and reactor vessel – huge lifts at that time, but not so much by today’s standards.”

After graduation, he moved back to Chicago and re-entered the family business. With changing economic conditions, the company transitioned out of self-perform electrical construction and expanded its engineering offerings to include the civil/structural and mechanical (piping and HVAC) disciplines, while continuing to focus on the industrial process, power generation and heavy commercial markets.

“It was at that time that I led us into using the emerging technologies of 3D laser scanning and ground penetrating radar (GPR) to document existing site and plant conditions,” he said.

Today, Walsh and Dearborn Companies are active in the SC&RA and the ACRP. Walsh serves on the SC&RA Allied Industries Group Governing Committee and he is a participating guest with the ASME P30 Standards Subcommittee (“Planning for the Use of Cranes, Derricks, Hoists, Cableways, Aerial Devices and Lifting Accessories”). He recently was a presenter at the virtual Tower Cranes North America conference, discussing the safe assembly and disassembly of tower cranes, and he serves on the board of directors of NAMA (North American Matting Association).

A warm, intelligent and deeply driven industry leader, engineer, father, Chicagoan, volunteer and even podcaster, Mike Walsh wears many hats – and all of them well. Walsh is eager to face any and all challenges the industry throws his way, and I think you’ll be inspired by his career path and what he has to say.

What services does Dearborn offer the crane and rigging sector?

We work in a wide variety of demanding and, in some cases, quite hostile project environments ranging from power generating stations, wind energy sites, refineries, heavy manufacturing plants, and infrastructure facilities such as rail, roadways and airports, along with healthcare and mission critical sites.

What has been the most challenging project Dearborn has tackled as of late?

Well, we specialize in projects that are difficult and weird to begin with. But we have one that we’re doing right now where we’re going to use a 500-ton crane to hoist a 25-ton carry deck onto the roof of Northwestern Memorial Hospital. In addition to the ground condition survey and layout for the 500-ton crane, we performed an engineering analysis of the building’s roof and its underlying structure, evaluated potential shoring schemes and developed a matting system to support the carry deck while it moves and operates on the roof. There are also personnel, scaffolding and tool loads, along with approximately 100,000 pounds of steel to be shaken out across the top of the roof. The work is planned for March or April in Chicago, so we also had to factor-in potential snow loads.

How has Covid-19 impacted the company?

We’re down a little bit this year. I think less than 10 percent. By comparison to other people, I’m in no way, shape or form complaining. Covid has impacted us mostly in terms of travel, in that we’re driving more where we would have normally flown. Obviously, we’ve maintained all of the Covid-19 PPE protocols, but that hasn’t had that great of an impact given what we do and where we work – refineries, power plants, chemical plants, etc. The Covid safety requirements pretty much blend right in with what we already deal with on a day-to-day basis.

What keeps you engaged in your job?

I simply love what I do. The technical challenges are great. What we do is a long way from anything for the faint of heart. We tend to walk where others fear to tread. If they’re running away from it, we’re going towards it. There’s definitely a bit of swagger that goes with what we do, and we do take on the difficult stuff. If it was easy, we wouldn’t be anywhere near it, and honestly, we don’t want “easy” work. That’s a very, very big part of it. It’s also really a joy to work with the people that are our clients and the folks that are in this. When you’re dealing with the complexities and risks that are inherent in what we do, working with true professionals makes it really enjoyable.

What do you do when you aren’t working?

I have to start with the time I spend with my three granddaughters – there is absolutely nothing better. Prior to the Covid lockdowns, my wife and I were also starting to travel quite a bit. Individually, I have gotten fairly heavily into cycling (bicycling), so, I ride quite a bit, I’ve been beating the hell out of my Peloton through Covid and Chicago winter, but I really love to get out and ride.

I’m pretty active with the Chicago Archdiocese, and I guess because I don’t have enough else going on, I recently signed up for Team Rubicon, which is a volunteer disaster relief organization. So, when there are hurricanes, earthquakes, or whatever, more than likely, I’ll be deployed to help with damage assessments.